Yaoundé – Six people were killed in an attack on a bus in the troubled western region of Cameroon, the government said Wednesday, an area hit by bloody conflict between anglophone separatists and the state.

Government minister Rene Emmanuel Sadi said the attack on the bus was carried out by a group of “heavily-armed terrorists” on Tuesday in Fako in the English-speaking southwest of the country.

He said the “cruel and barbaric terrorist attack left six dead, including one woman…and five men” as well as eight wounded.

“The government of the Republic condemns in the strongest terms this cowardly and despicable attack perpetrated against innocent civilians,” he added.

The North West and South West regions have suffered a bloody conflict between anglophone separatists and the state for five years.

English speakers make up a majority of the regions’ populations in predominantly French-speaking Cameroon, which President Paul Biya has ruled with an iron fist since 1982.

In 2017, anglophone resentment at perceived discrimination snowballed into the declaration of an independent state – the “Federal Republic of Ambazonia,” an entity that is not recognised internationally.

Biya, 89, has resisted calls for more autonomy in the regions and responded with a crackdown on the separatists.

The violence has claimed more than 6 000 lives and displaced around a million people, according to the International Crisis Group (ICG) think tank.

International monitors and the United Nations say both sides have committed abuses, including crimes against civilians.

Last month, rebels attacked an army post in the village of Kengwo in the West Region on Sunday morning, killing a soldier, a police officer and a motorcyclist.

In the same month Human Rights Watch said troops had “summarily killed” at least 10 people in a crackdown on anglophone separatists, as well as looting health facilities, burning homes and detaining dozens of people. 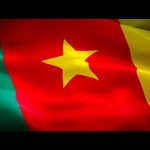 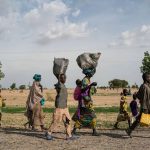 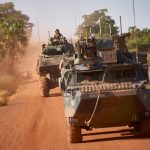