Freetown – The families of Sierra Leoneans who died in protests against the spiralling cost of living arrived at a morgue in the capital Freetown on Monday to identify their loved ones.

A small crowd gathered outside the Connaught Hospital, where officials said the remains of 31 people were waiting to be identified.

Hawa Kamara said she had come from Makeni, around 200km (120 miles) northeast of the capital, “to identity the corpse of my brother who… was killed on his way home by a bullet.

“We just want the government to hand over his corpse to us for a dignified burial in his hometown,” she said.

Desmond Samai said he, too, had lost his 34-year-old brother.

“We took the body home for burial but were advised to take the corpse to the mortuary at Connaught Hospital and report to police. Since then we haven’t been allowed to bury him.”

Morgue official, Sinneh Kamara, said the “majority of the bodies had bullet wounds,” adding that five were policemen and 26 were civilians.

No official toll has been released.

Clashes occurred in Freetown and other cities, such as Makeni and Kamakwie in the north of the country, on August 10 when an economic protest descended into violence between the security forces and demonstrators.

Sierra Leone has had a reputation for relative stability since the end of a brutal 1991-2002 civil war that claimed some 120,000 lives.

Its population of eight million people live in one of the poorest nations in the world, ranking 182 out of 189 countries in the UN’s Human Development Index, a benchmark of prosperity.

The economy, heavily dependent on minerals, was devastated by the war.

Efforts at rebuilding were set back by an Ebola epidemic in 2014-2016, a fall in world commodity prices and the coronavirus pandemic — all of which have disrupted trade and investment and hit exports. 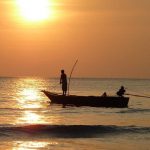 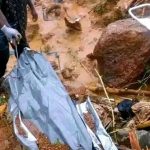