Kigali – A Rwandan court on Wednesday acquitted three journalists who had been detained for four years for allegedly spreading fake news, in a case rights groups derided as a sham.

The three journalists – Damascene Mutuyimana, Shadrack Niyonsenga and Jean Baptiste Nshimiyima – were arrested in October 2018 during a crackdown on YouTubers critical of President Paul Kagame’s government.

The trio, who worked for Iwacu TV – a YouTube channel – were charged with inciting insurrection, spreading false information with the intent to create a hostile international opinion of Rwanda and of publishing fake statements and pictures.

But a three-judge court in Kigali acquitted them of all charges, ruling that the prosecutors had failed to provide sufficient evidence.

“What the prosecution presented was not sufficient as evidence in the crimes that the three defendants are accused of… they must be released,” the court ruled.

The journalists were not present in court for the verdict.

Their lawyer Jean Paul Ibambe told AFP he welcomed the acquittal “with happiness”.

“The justice system needs to start considering other remedies such as bail because spending four years in jail for crimes that you did not commit is a form of injustice.”

Rights campaigners also said the victory came too late, noting that the defendants had already spent four years in prison.

“The relief at the acquittal of the three journalists is overshadowed by the court’s failure to stop this sham of a trial earlier,” Lewis Mudge, Human Rights Watch’s Central Africa director, said on Wednesday after the ruling.

“The fact that a prosecution took place at all will send a chilling message to others who dare to exercise their right to free expression in Rwanda.”

Rwanda, ruled by Kagame since the end of the 1994 genocide which left some 800 000 Tutsis and moderate Hutus dead, has often come under fire for rights abuses and a crackdown on freedom of speech, critics and the opposition.

Several people have fallen foul of the Rwandan authorities after turning to YouTube to publish content critical of the Kagame government.

Dieudonne Niyonsenga, better known by his YouTube persona Cyuma (“Iron”), was sentenced to seven years in prison last November after being found guilty of forgery and impersonation.

His jailing came weeks after another YouTube star, Yvonne Idamange, was jailed for 15 years for inciting violence online.

The country is ranked 136th out of 180 countries for press freedom by media watchdog Reporters Without Borders. 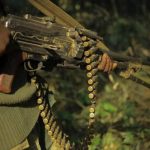