Kano – Thirty people were burnt to death when three vehicles collided on a highway in northwest Nigeria’s Kaduna state, a road safety official said on Friday.

The accident occurred on Thursday  when two buses and a car rammed into one another at Hawan Mai Mashi village along the 400-kilometre highway linking the city of Kano and the nation’s capital Abuja, said Abdurrahman Yakasai, a Federal Road Safety Corps official in Zaria district.

Several other passsengers were also injured in the crash, he said.

“Other passengers sustained serious injuries and our personnel took them to hospital, where they are being treated,” he said.

Yakasai blamed the accident on speeding and reckless driving.

Accidents are common on Nigeria’s poorly-maintained roads due largely to speeding and disregard for traffic rules.

In February, 18 people lost their lives when a car collided head-on with a passenger bus in northeast Yobe state.

Last year, Nigeria recorded 10 637 road accidents which claimed 5 101 lives and injured 30 690 people, according to figures by the road safety commission. 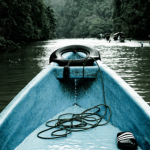