Lubumbashi – Ten defendants accused of taking part in the September 2020 gang rape of dozens of women prisoners in southeast Democratic Republic of  Congo appeared in court for the first time on Thursday.

The 56 women prisoners were sexually assaulted for three days by fellow inmates after a riot broke out in a jail in the city of Lubumbashi and prison authorities lost control of the facility, the prosecution says.

The hearing was held at a temporary court set up in the Kasapa prison by a Lubumbashi tribunal.

Initially set for October 28, the hearing was postponed after the state could not find the funds to transport the accused the 120km (75 miles) to Lubumbashi from the two jails where they were being held.

A group of angry women crowdfunded the $450 needed.

Sixteen of the alleged victims attended Thursday’s hearing. All are still serving sentences at the prison, while 36 others have been released and the other four have been transferred to another jail.

A lawyer for the victims, Melanie Mumba, said the hearing marked the “start of relief. My clients have seen their abusers for the first time”.

The rapes occurred on September 25, 26 and 27 last year as the city was attacked by a militia group.

The victims say the rapes infected three women with HIV and caused 16 pregnancies.

Among the accused, three died in prison and two soldiers were released after a preliminary investigation, the prosecutor said.

The next hearing is set for November 25.

WHO chief sorry for sex abuse by Ebola workers in DRC 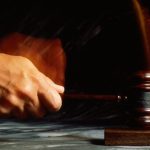 DRC women crowdfund to get gang rape suspects to court

More arrests over video of UN experts’ murder in DRC