Cape Town – Three female security guards who mysteriously disappeared from their night duty post at Seeisoville Stadium in the Free State have reportedly been found.

The security guards were found in the bushes, 5km away from the stadium.

They were disoriented, with their hands tied with shoelaces, reports said.

The three women were discovered to have been missing on Wednesday morning when their colleagues arrived to relieve the night shift staff, reported TimesLIVE.

“It was discovered that three female security members were nowhere to be found. Their cellphones and personal belongings were found in the guard room. Maokeng police were summoned to the scene and a search party was launched,” the report quoted police spokesperson, Sergeant Mahlomola Kareli as saying

News24 reported that the trio was found by hunters in Lovedale in the bushes about 5km away from the stadium on the outskirts of Maokeng on Wednesday at around 21:30pm.

According to Kareli, the women were found disoriented with their hands tied behind their backs, the report said.

They were in a “bad condition” and were rushed to the hospital for observation and tests, however, circumstances surrounding the disappearance of the women and details of the perpetrators were still unknown, said Kereli.

“The women have suffered great trauma and have to undergo counselling before the police can ask them questions about the incident,” the report quoted Kereli as saying.

Maokeng police urged anyone with information to contact Lieutenant-Colonel Kobus Erasmus on 082 301 2972 or call 08600 10111 or anonymously leave a tip-off at MySaps App. 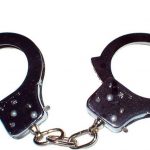 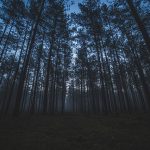