Cape Town – Wolseley police in the Western Cape arrested two suspects aged, 21 and 23, on Wednesday in connection with the murder of the Cape Union Mart executive, Renée Jain, who was killed on March, 26, 2021.

Police said in a statement that Jain’s body was discovered in her Wolseley home at around 23:45.

This was after her neighbours also suffered a house robbery the same evening.

“Renée Jain’s body was discovered in her residence in Wolseley on 26 March 2021, at around 23:45, after her neighbours suffered a house robbery perpetrated by her killers.

“The suspects fled the second crime scene in a Nissan X-Trail which they took during the house robbery. This vehicle and other stolen property were recovered by police the next day at the Wolseley cemetery,” said the police in a statement.

A post-mortem examination revealed that Jain’s attackers assaulted and suffocated her.

The pair was due to appear in Wolseley Magistrate’s Court on Thursday on charges of murder and aggravated robbery. 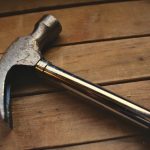 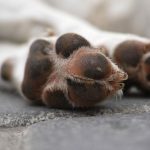