Cape Town – Police have reportedly arrested a 72-year-old woman and her two sons after a vehicle belonging to a murdered traffic officer was allegedly found at their house.

According to News24, Thabo Mashego was shot and killed in an apparent hijacking at Saselani Trust near Bushbuckridge on Friday evening.

He was allegedly driving his gold VW Polo hatchback with his two friends at about 21:00, when two armed suspects suddenly emerged from the side of the road, wielding a firearm, the report said.

The suspects allegedly fired shots at the vehicle, injuring Mashego, before they rounded the trio up and dragged them.

The suspects then drove away with the victim’s car.

Mashego and his friends were later assisted by other motorists, who took them to Mapulane Hospital where Mashego was certified dead on arrival.

Times Live reported on Tuesday that the 72-year-old woman and her sons were arrested after the visible policing team in Bushbuckridge received information on Monday about a suspicious vehicle parked behind a house.

The car was covered with a white cloth and it was identified as the VW Polo hijacked during the attack on Mashego, the report said.

Police said the woman denied any knowledge of the vehicle.

Police spokesperson Brigadier Selvy Mohlala said although the woman denied any knowledge of the vehicle, officers also discovered the car battery had been removed and hidden inside the bedroom of the woman’s 46-year-old son.

The woman and two of her sons were arrested for possession of a suspected stolen vehicle, said the report. 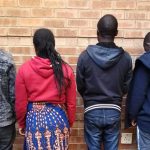 Police launch manhunt after son, 30, kills his mom and chops her into pieces 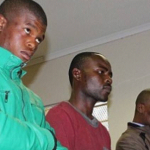