Addis Ababa – More than 20 people have been killed in an attack on Muslims in the northern Ethiopian city of Gondar during the funeral of a Muslim elder, a local Islamic group said on Wednesday.

The Islamic Affairs Council of Amhara, the region where Gondar is located, described Tuesday’s attack at a cemetery as a “massacre” by heavily armed “extremist Christians.”

The attackers “fired a barrage of heavy machine guns and grenades… leaving many dead while others who were injured have been taken to hospital,” the religious body said.

“More than 20 have died due to yesterday’s attack which also saw the looting of Muslim properties,” it added.

The mayor of Gondar, Zewdu Malede, told Ethiopian public broadcaster EBC that the “incident was carried out by a few extremist individuals.”

“There has been some destruction and loss of lives from all sides,” he said, without offering further details about the identity of the attackers or the victims.

The cemetery where the attack occurred neighbours a mosque and church and has been the subject of an ongoing dispute between Muslims and Orthodox Christians, who are the dominant group in Ethiopia.

“Although ongoing wide-ranging measures have been taken to invade the… cemetery, the place has been historically at all times a Muslim cemetery,” the Islamic Affairs Council said in its statement.

Tuesday’s violence erupted as people clashed over using stones from the area for burial purposes, fighting over whether the materials were being taken from the cemetery or church compound, the Amhara regional government said in a statement.

The government described the deceased Muslim elder as “a father to Gondar city residents, Gondar Christians and Muslims as well as a father to all” and vowed to investigate the attack and hold the perpetrators accountable.

“An effort has been made to break the people’s unity in the historic city of Gondar, a symbol of co-existence and tolerance, by aiming to create conflict using religion as a guise,” the government said.

A senior Muslim official in the capital Addis Ababa told AFP on condition of anonymity that “the attack was planned” and said the armed men set fire to the mosque and the Koran.

The city’s mayor said the attackers were extremists who had sought “to burn down, to destroy, to destabilise and to loot Gondar.”

“This in no way represents the Muslim and Christian communities,” he added.

Muslims make up about one third of Ethiopia’s population of 110 million and are a small minority in Amhara, the country’s second-most-populous region which is dominated by Orthodox Christians.

In 2019, multiple mosques were attacked in the town of Mota in Amhara, more than 350 kilometres (217 miles) north of Addis Ababa, in a wave of religious violence that sparked condemnation by Prime Minister Abiy Ahmed.

Analysts caution that conflicts that appear to be rooted in religion in Ethiopia are often also shaped by disputes over land use, ethnicity and other issues. 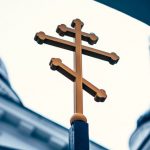