Niamey – Conservationists in Niger said on Wednesday they had transferred threatened West African giraffes to a new home 600 kilometres (375 miles) away.

One of nine giraffe sub-species, the West African giraffe is native to the semi-arid Sahel, distinguishable from its cousins by its light-coloured spots.

Giraffes in the Koure region in the southwest of the vast country are at threat from desertification and farming, which are destroying their habitat.

On Friday, “four female giraffes were captured” in Koure “and have already arrived in Gabedji,” a huge nature reserve in central southern Niger, the forestry and water service said.

The giraffes were transported in specially adapted trucks and “everything went well,” said a senior official, Commander Lamine Saidou.

ALSO READ | ‘We will have nothing’: Niger kidnap victims fear border bandits

The operation was carried out with the help of an NGO called the Sahara Conservation Fund (SCF).

The transfer is the second since November 2018, when seven female and three male giraffes in Koure made the trek to Gabedji, in the Maradi region.

Pain-staking efforts to save the West African giraffe seem to be bearing fruit.

The sub-species once ranged from Senegal to Lake Chad, but in 1996 there were just 49 individuals left.

This rose to 697 in 2017, according to the International Union for Conservation of Nature (IUCN), which in 2018 downgraded the giraffes’ status from “endangered” to “vulnerable.” 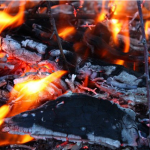 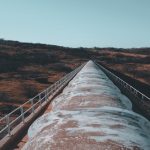 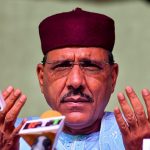