Kano – Nigeria’s President Muhammadu Buhari on Friday “strongly condemned” the murder a day earlier of a Christian student who was stoned to death over accusations of blasphemy against the Prophet Muhammad.

An angry mob of students stoned Deborah Samuel and burned her body on Thursday in the northwest city of Sokoto after she made a post on social media they deemed offensive towards the Prophet.

Police arrested two suspects in connection with the killing while a manhunt was ordered for others who appear in a video of the incident that circulated on social media.

“No person has the right to take the law in his or her own hands in this country. Violence has and never will solve any problem,” said the president in a statement.

He spoke after Muhammadu Sa’ad Abubakar, the Sultan of Sokoto, the highest spiritual figure among Nigerian Muslims, and the influential Catholic Bishop of Sokoto, Mathew Hassan Kukah, appealed for justice and calm Thursday after the killing.

“The Sultanate Council condemned the incident in its totality and has urged the security agencies to bring perpetrators of the unjustifiable incident to justice,” Abubakar said in a statement.

The sultan, who also heads the Nigeria Inter-religious Council (NIREC) for interfaith harmony, called on “all to remain calm and ensure peaceful coexistence” in the country.

Catholic Bishop Kukah condemned the murder, describing it as a “tragedy” and a “deep shock”.

“We… call on the authorities to investigate this tragedy and ensure that all the culprits are brought to book,” he said.

Nigeria’s 210 million population is roughly divided between Muslims and Christians but religious tensions and deadly clashes are not uncommon, particularly in the north.

Blasphemy, especially against the Prophet Muhammad, attracts death penalty in a dozen northern Nigerian states where sharia law is enforced alongside common law.

Two Muslims were separately sentenced to death in 2015 and 2020 by sharia courts for blasphemy against the Prophet. Their cases are still being appealed.

At times, the accused are killed by mobs without going through the legal process.

Last year a mob in Darazo district in northeastern Bauchi state burnt a man accused of insulting the Prophet. 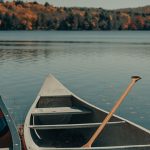 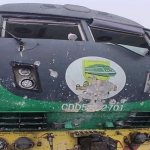