The 46-year-old was arrested on September 9 over Facebook and YouTube posts dated 2021, in which he urged “protest against extreme security measures in Morocco”, his lawyer Mohamed Sadkou said.

Apart from the prison sentence, a court in the capital Rabat handed Benotmane late Monday a 20 000 dirham ($1 835) fine, a family member told AFP.

Benotmane, member of the Moroccan Association for Human Rights (AMDH), argued before the court “that his comments on YouTube fall within the scope of freedom of expression and do not constitute an offence”, Sadkou said.

“He also stressed that he had deleted his Facebook account prior to his arrest,” the lawyer added.

Amnesty International and the Moroccan rights association have called for his release.

The group said in its annual report in January that Morocco had seen an “unprecedented regression” in freedom of expression and the press in 2021.

A court in the town of Oued Zem in September sentenced Fatima Karim, 39, to two years’ jail for “insulting Islam” in a satirical Facebook post about the Koran. 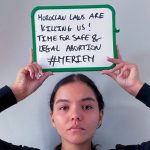