Reports indicated that police had since launched a manhunt for the suspect who was still at large.

The Bharat Express News reported that the man allegedly used his police officer brother’s service gun to shot and kill the deceased.

The incident happened on Tuesday in the New Rest location in Chalumna, the report said.

According to police spokesperson, Captain Hazel Mqala the suspect shot the victim several times before fleeing the scene, reported IOL.

“It is alleged the 52-year-old victim had an argument with the suspect over illegal connection of electricity.

“It is further alleged that the suspect went to his twin brother’s shack and took his brother’s service pistol that was locked in a safe. His brother is a police officer.

“The suspect went back to the victim and shot him several times on his upper body before running away with the firearm,” Mqala was quoted as saying.

Mqala said the suspect then proceeded to his best friend’s house where he robbed him of money and a cellphone at gunpoint, the report said.

Police were investigating a case of murder and robbery with a firearm.

Theft of firearm and ammunition was also being investigated, while a case of negligence loss of firearm was opened against the police officer, the report said. 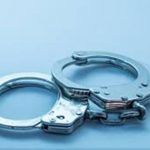 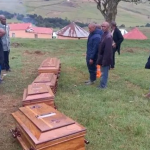 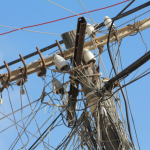