Malawi is now ranked fifth in Africa after Ghana, Morocco, The Gambia and Togo to “eliminate trachoma as a public health problem”, Sightsavers, an NGO helping to put an end to avoidable blindness, said in a statement.

Only seven years ago, trachoma affected over a third of the population in the impoverished country of 20 million people.

“Eliminating a disease on this scale is a massive achievement for our country,” said Bright Chiwaula, Sightsavers’ Malawi director. “Today, 7.6 million people are no longer at risk of losing their sight.”

Sightsavers said the achievement was the result of different actions including the wide distribution of antibiotic treatments, training local surgeons to manage more than 6 000 advanced cases of trachoma, and by promoting better hygiene in school campaigns.

It also said the World Health Organization (WHO) had initially announced on Wednesday the elimination of the eye disease.

Trachoma is caused by infection with the bacterium Chlamydia trachomatis, and is spread through personal contact (such as through hands, clothes or bedding), and by flies that have been in contact with discharge from the eyes or nose of an infected person, according to the WHO.

Africa is the most affected continent, and women are blinded up to four times more often than men, likely as a result of greater contact with infants.

Repeated infections draw the eyelashes inward where they rub against the eye, causing pain and permanent damage to the cornea, says the WHO.

Some 136 million people live in trachoma-endemic areas and are at risk.

Malawi’s President Lazarus Chakwera said in the same statement the “success in eliminating trachoma – the world’s leading cause of infectious blindness… shows the fight against neglected tropical diseases can be won”. 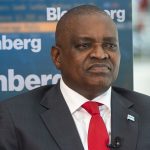