US president Joe Biden’s invitation to South Africa’s President Cyril Ramaphosa to meet at the White House, and the latter’s acceptance, are positive signs of renewed cooperation. But they do not suggest a return to the 1990s era of heady optimism between the two countries.

These two diverse democracies are currently too divided domestically, amid new and escalating tensions globally that affect Africa. These negatives, however, add weight to the importance of the Biden-Ramaphosa meeting in Washington on 16 September 2022.

There are four reasons for its political significance. Two speak to the two countries having a common agenda: both presidents are committed democrats operating in hostile environments. They are also committed to forging mutually beneficial ties.

But there are two prominent issues that could be divisive, and about which the two heads of state may well seek clarity. These have to do with the changing relations among the major powers of concern to South Africa and the rest of Africa. Two specific topics uppermost for Biden and Ramaphosa will be the consequences for Africa of Russia’s invasion of Ukraine and China’s expanding role on the continent.

Ramaphosa won by only 167 votes to head the ruling African National Congress (ANC) in 2017 and become its candidate for national president. The ANC has held power for the 28 years since the end of apartheid.

For his part Biden defeated Donald Trump in 2020 by barely winning the necessary electoral college votes in three swing states. Trump and his supporters still dominate the Republican Party in a two party federal system in which Biden’s Democrats now have a slim majority.

Both leaders won large national votes. Yet they both continue to struggle to sustain liberal democracy after the assaults on core democratic institutions by predecessor regimes.

The similarity in their political challenges is not their only source of empathy. Biden was a prominent opponent of apartheid as a US senator in the 1980s. An American of Irish heritage, he surely values Ramaphosa’s critical role in 2000, monitoring a fragile Irish peace.

A second reason to find common ground relates to what both governments have announced as their “official” agenda. Listed topics are: trade and investment; infrastructure; climate and energy; and health.

Practical progress in these areas is vital in gaining popular support for democracy in the two troubled nations. They, in turn, could share lessons and resources with other African nations trying to overcome poverty and domestic divisions.

But there are areas of tension between the two countries.

They have divergent views about Russia’s invasion of Ukraine. National and international media typically give this issue top billing.

But American and South African officials have downplayed their differences. And it’s likely they will be able to productively discuss several urgent dimensions of that crisis. These include food scarcity hardships in Africa, economic effects of inflation of essential goods, and supply chain disruptions constraining global trade.

Fresh announcements of joint mitigation efforts would be welcomed in South Africa as well as the hardest hit parts of Africa.

Two other Russia-related topics could be usefully discussed. They are politically sensitive because facts and salience are uncertain. One would be the actual battlefield conditions in Ukraine. South Africa has repeatedly called for an end to hostilities but neither side in the conflict has shown a willingness to compromise. An effort to clarify conditions in Ukraine would help planners in both countries.

The other subject is vital to the future of South Africa and American liberal democracy. There has been speculation in South Africa’s independent media about Russian president Vladimir Putin’s political and financial interests, along with his oligarch allies, in bankrolling the governing ANC and in the expensive and allegedly corrupt nuclear power deal. Ramaphosa suspended the contract after becoming president, but concerns remain about the ANC’s ties with Moscow.

This has not been as well documented as Russian support for Trump in his 2016 presidential campaign, or in the extensive reports in US media of Russian financial help to Trump’s businesses. Exchanging views on Russia’s alleged partisan efforts in both democracies deserves discussion, if only informally.

A related public topic is the “Malign Russian Activities in Africa Act”, pending in the US Senate. The act would require the secretary of state to report to Congress on issues such as the role of Russian mercenaries, military assistance, and the dissemination of politically consequential disinformation.

South Africa and other African governments oppose the legislation. The reason given is that its real aim is to punish African states that declined to support the US position in United Nations resolutions condemning Russia.

Ramaphosa and Biden might well find a formula whereby US intelligence could be quietly shared with African governments on Russian activities in Africa, especially those deemed detrimental to democratic sustainability.

Another subject that will require careful handling is the issue of China’s relations with the continent.

Tensions between the US and China have intensified in recent years, discouraging hopes for Africa-China-US cooperation. Yet Africa is one region where the two major powers might experiment with restrained competition responsive to Africa’s agreed priorities.

South Africa has excellent relations with both China and the Biden administration. Perhaps Ramaphosa and Biden could revisit what was once known as a “win-win-win” formula for parallel and even joint actions.

Managing China-US competition in response to African priorities could be good for peace and development.

Will the two men be able to cement a resilient, productive partnership between two diverse liberal democracies?

This depends on the degree of trust between them, despite occasional foreign policy differences, such as how to respond to the war in Ukraine.

Tensions between sovereign countries are inevitable, whether they are allies or adversaries. The US and South Africa are neither firm adversaries nor firm allies. They have a complex and sometimes troubled relationship.

A positive rapport between their leaders at a time of deep domestic divisions and rapid global change could help advance and sustain democracy in both nations. If they make progress in overcoming their domestic divisions, this should allow them to play more active and constructive roles in Africa, a region that is the most important for South Africa, and of growing importance for the US. 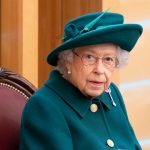