A major figure in the 2011 revolt that toppled longtime president Hosni Mubarak, British-Egyptian Abdel Fattah is currently serving a five-year sentence for “broadcasting false news”, having already spent much of the past decade behind bars.

After a seven-month hunger strike during which he consumed only “100 calories a day”, he has refused food altogether since Tuesday, and on Sunday launched a “water strike”, his sister Sanaa Seif said in a statement.

British Prime Minister Rishi Sunak told Seif in a letter on Saturday that Britain would use the global summit in the Red Sea resort of Sharm el-Sheikh to lobby for her brother’s release.

Amnesty International chief Agnes Callamard on Sunday said “Alaa Abdel Fattah must be released”, warning his death in prison may be imminent.

“There is not a lot of time, 72 hours at best,” she said in Cairo. “If they don’t (release Abdel Fattah), that death will be in every single discussion in this COP.”

Tens of thousands of participants, including some 90 heads of state and government, are expected in the remote Egyptian resort town for the UN climate summit from Sunday through November 18.

Sunak, who is also due to attend the conference, “needs to understand the urgency” in securing Abdel Fattah’s release, Seif told Britain’s Sky News on Sunday.

“After the conference it could be too late.”

In his letter, Sunak told Seif that her brother “remains a priority for the British government, both as a human rights defender and as a British national.”

“The UK’s attendance at COP27 is another opportunity to raise your brother’s case with the Egyptian leadership,” he added.

The British government is “doing everything we can to resolve” Abdel Fattah’s case, Sunak said.

Abdel Fattah gained British citizenship in prison in April through his UK-born mother.

Cairo has faced frequent criticism of its human rights record since it was announced as the host of the COP27 climate summit last year, a move rights groups said “rewards the repressive rule” of President Abdel Fattah al-Sisi.

Germany on Sunday also accused Egypt of not living up to its human rights obligations, urging the COP27 host to release Abdel Fattah as well as his lawyer Mohamed al-Baqer.

Rights groups estimate that some 60,000 political prisoners are behind bars in Egypt, many of them in brutal conditions and overcrowded cells, accusations Cairo rejects.

Indian climate activist Ajit Rajagopal was briefly detained on Monday while marching from Cairo to the summit’s site in Sharm el-Sheikh. 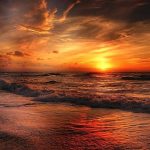