Kano – Nigeria rice farmer Adamu Garba squelched barefoot through his paddy fields, surveying damage from devastating floods that have destroyed farmland across the north of the country.

Parts of West and central Africa have been battered by floods ravaging farms like Garba’s rice plots, wiping out crops and risking worsening food insecurity in a region already struggling with economic fallout from the Ukraine war.

Just in Nigeria, constant heavy rains caused the worst flooding in a decade, killing more than 300 people since the start of the rainy season and displacing at least 100 000, according to emergency officials.

“It is devastating but there is nothing we can do, we just have to be strong,” Garba told AFP at his farm near the city of Kano, where he normally harvests 200 bags of rice.

“Now in the condition we find ourselves we are not sure we will harvest half a bag here.”

“Thousands of farmlands have also been destroyed. The figures will rise further because we are still experiencing torrential rains and flooding,” he said.

Flood waters were made worse partly by neighbouring Cameroon’s release of excess waters from a dam and by Nigeria releasing waters to ease pressure on its Kainji and Jebba dams, Ezekiel said.

However, an official with Eneo, operator of Cameroon’s Lagdo hydro-electricity plant, said excess waters released from the dam  contributed only a small amount to flooding.

Parts of Nigeria, from northern farmlands to the coastal economic capital Lagos, are prone to flooding in the rainy season, though NEMA says this year is the worst since 2012, when 363 people died and more than 2.1 million were displaced.

The Niger river – West Africa’s main river – flows through northern Niger past Benin’s northern border into Nigeria before reaching in the Gulf of Guinea on the Atlantic through southern Nigeria’s Niger Delta.

Heavy rains falling in Niger since June and the severe floods have claimed 159 lives and affected more than 225 000 people, making this rainy season one of the deadliest in history, emergency officials said earlier this month.

“According to our studies, we can link these rains to climate change in general,” said Katiellou Gaptia Lawan, Director General of National Meteorology of Niger.

“The rains are becoming more and more intense and the extreme precipitation is increasing.”

Rains in Niger this year have also totally destroyed or damaged more than 25 900 homes, and impacted farmland and cattle, authorities said.

The June to September rainy season regularly kills people in Niger, including in the northern desert areas, but the toll is particularly heavy this year.

In Chad, the UN said more than 622 500 people had been affected “at different levels” by flooding in more than half of the country, including the capital N’Djamena, with most impacted areas bordering the north of Cameroon.

According to the United Nations, in 2021, 5.5 million Chadians, more than a third of the population of the landlocked country were already in need of emergency humanitarian aid, even before the floods.

In northern Nigeria, Kabiru Alassan, a 19-year old farmer, said flood waters washed sand from the roads and covered his rice fields. But he was trying to salvage what he could.

“This is the little we have left by Allah’s grace which we are going to harvest,” he said.

“The rains have never been this destructive. We pray never to experience such a nightmare.” 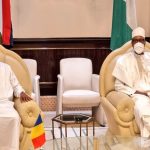 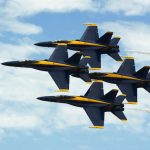