Bissau – Guinea-Bissau’s government threatened on Tuesday to imprison or fine private radio station operators over non-payment of licence fees in move branded as an attack on press freedom.

The move comes after the government recently suspended all private radio stations in the West African nation over unpaid fees, according to an official at the communication ministry.

Seventy-six out of 88 private stations broadcasting in Guinea-Bissau at the beginning of April were no longer on air on Tuesday, the official said.

GUINEA BISSAU: Journalist Maimuna Bary, who sustained severe injuries during an armed attack on her station Radio Capital, has been airlifted to Portugal for treatment. She has been in coma since the attack early this week. Let’s pray for her and wish her a speedy recovery pic.twitter.com/3YDeKcI5U0

The remaining twelve had been allowed to broadcast after paying a fee amounting to about 380 euros ($415).

A government decree published on Tuesday stated that radio stations that have not paid their fees and continue to broadcast “are considered illegal”.

It added that wrongdoers “shall be punished by a prison sentence of up to three years or a corresponding fine”.

Umaro Sante, a journalist and one of the managers of radio station Capital FM, said the government move marks “a step backwards in terms of press freedom and expression”.

“The government is sowing terror in the press with attacks on radio stations, beatings of journalists,” he told AFP.

Guinea-Bissau is a notoriously unstable country, which suffered a failed coup attempt on February 1.

On February 7, gunmen ransacked the premises of Capital FM, which is critical of the government. 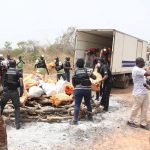 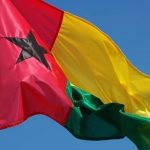