Cape Town – At least 49 refugees have reportedly been voluntarily repatriated from South Africa to their home, the Democratic Republic of Congo (DRC).

Reports indicated on Tuesday that the repatriation was in collaboration with the UN High Commissioner of Refugees (UNHCR).

According to Tech Financials, Home Affairs Minister Dr Aaron Motsoaledi welcomed the voluntary repatriation, saying this was “the first group of approximately 400 refugees who have expressed a desire to return to the DRC”.

The repatriation followed reviews that were carried out by the UNHCR, ensuring that returns were voluntary and that the refugees returned home with safety and dignity, the report said.

Times Live reported that Motsoaledi and Gillian Triggs, assistant high commissioner for protection for the UNHCR, met in January to review and take forward the strategic approaches to the management of asylum and refugees in South Africa.

Facilitating voluntary repatriation, which included countries of origin taking responsibility for their nationals by facilitating their arrival home, was one of the key outcomes of the meeting, the report said. 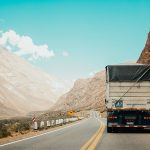