Cairo – Egypt on Saturday said it had detected its first three cases of the coronavirus Omicron variant, at the height of the economically vital tourist season.

Three Egyptians tested positive on their return from overseas, the health ministry said without specifying where they had travelled from.

One of them had mild symptoms and the other two had none, it added.

The country’s air and tourism sectors, which suffered under global lockdowns for the past two years, had just started to recover and were counting on end-of-year holiday visits.

Omicron is the biggest threat to global public health, the G7 group of economically developed democracies said this week.

Scientists remain uncertain how dangerous the highly mutated Omicron variant is, but early data suggests it can be more resistant to vaccines and is more transmissible than the Delta variant.

From December 1, Egypt stepped up measures to control the spread of the virus.

It barred officials and students not vaccinated against Covid-19 from government offices and universities unless they show a negative PCR test.

The country has officially recorded 373 509 coronavirus cases, including 21 277 deaths.

Around 40 percent of the more than 102 million Egyptians have now received at least one dose of a vaccine, according to the government, but only 14 million of those have had two doses.

Mask-wearing — which health experts consider a vital measure against coronavirus spread – is poorly respected in Cairo, a city of more than 20 million tightly-packed inhabitants.

Tourism represents about a tenth of the GDP of Egypt, where a third of the population lives below the poverty line. 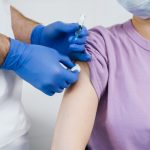 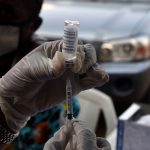 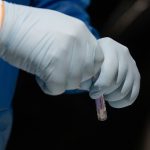