Cairo – An Egyptian court called on Sunday for a legal amendment to allow the live broadcast of the execution of the killer of a female student, as a deterrent to frequent homicides.

In a highly publicised two-day trial, Mohamed Adel was found guilty last month of the “premeditated murder” of fellow university student Nayera Ashraf, who had rejected his advances, after he confessed to the crime in court.

The criminal court which sentenced Adel in Mansoura, 130km (80 miles) north of Cairo, called on the legislature to amend the law governing capital punishment, in order to allow the execution to be broadcast live.

In a letter to parliament, the court argued that “the broadcast, even of only part of the start of proceedings, could achieve the goal of deterrence, which was not achieved by broadcasting the sentencing itself”.

Egyptians shared their horror online when a video went viral in June appearing to show Ashraf being stabbed outside her university in Mansoura.

The maximum penalty for murder is death in Egypt, which carried out the world’s third highest number of executions in 2021, according to Amnesty International.

But capital punishment is rarely carried out in public or broadcast. In a rare exception, state television broadcast the execution of three men in 1998 who had murdered a woman and her two children in their Cairo home.

In June, the murder of television presenter Shaimaa Gamal stirred controversy in the North African country.

Her husband, a senior judicial official, was arrested following a tip-off from an accomplice who confessed to taking part in the crime, according to the prosecution.

In March, a teenager was sentenced to five years in prison over the suicide of a schoolgirl after images of her were shared online.

Patriarchal legislation and conservative interpretations of Islam in Egypt have contributed to severely limiting women’s rights.

Nearly eight million Egyptian women were victims of violence committed by their partners or relatives, or by strangers in public spaces, according to a United Nations survey conducted in 2015. 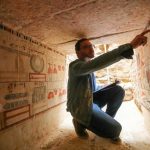 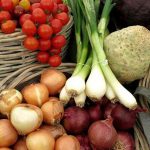