Kinshasa – The Democratic Republic of Congo (DRC) has expelled a French journalist working for Reuters, the news agency said on Tuesday evening, as rights groups denounced the move.

Sonia Rolley, a journalist with years of experience covering the central African nation, had applied for media accreditation in the DRC in September to take up her post for Reuters.

She was permitted to cover the pre-COP27 climate conference in the capital in Kinshasa in October, but the government never awarded her the formal accreditation.

The DRC has expelled @Reuters journalist @soniarolley without giving a reason, after her application for journalistic accreditation was not approved.

She said they confiscated her passport and put her on a flight to Paris via Addis Ababahttps://t.co/1zF3mNXawS

On Tuesday, immigration police summoned Rolley, confiscated her passport and put her on a flight to Paris without giving a reason for the expulsion, Reuters said.

The United Nations Joint Human Rights Office in the DRC tweeted on Tuesday night that it was “concerned about the conditions under which the expulsion took place”.

“This decision by the authorities illustrates the dangerous climate in which the media operate in the DRC,” the rights group said. 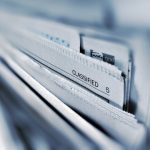 More than 50 killed in rebel attacks in DRC 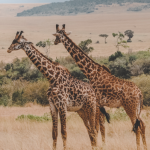