Cape Town – A 58-year-old man, whose daughter, 24, died after he allegedly assaulted her, appeared at the Ogies Magistrate’s Court in Mpumalanga on Monday, facing a murder charge.

The incident occurred on Saturday in Phola near Witbank, police said in a statement.

Mpumalanga police spokesperson, Brigadier Selvy Mohlala said that at around 23:00 on Saturday, an argument broke out between Fannie Mtshali and his daughter leading to a physical confrontation.

“The suspect, Mtshali, allegedly assaulted his daughter who then lost consciousness, resulting in her death.

ALSO READ | Boyfriend detained under police guard in hospital after the brutal murder of his girlfriend, 17, and her granny, 63

“The police and the Emergency Medical Services were called to the scene. Upon their arrival, she was unfortunately certified dead. The suspect was immediately arrested and charged for murder,” said Mohlala

TimesLIVE elaborated on the confrontation between the father and his daughter, saying that Mshali “slapped her” and she lost consciousness.

The suspect was remanded in custody and the matter was postponed to September 19 for a formal bail application, the report said.

Man, 42, found lying in a pool of blood at the back of his yard after being stabbed by his neighbour 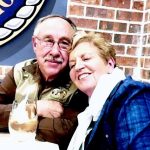 Elderly farmer, 76, strangled to death… his body found in a barn, wife tied up 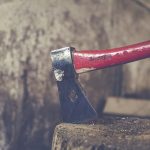