Cape Town – The South African National Defence Force (SANDF) has reportedly signalled its readiness for deployment if the situation in the country deteriorates into unrest amid the current instabilities.

SANDF, however, maintained that only President Cyril Ramaphosa has the “executive authority” to deploy.

SANDF said this following a leaked defence force warning instruction which indicated that soldiers might be needed to support the police in light of the ongoing protests in the country.

“The situation in the Republic of South Africa is gradually deteriorating into unrest due to criminality that is taking place with the borders, which has been exacerbated by a perceived lack of action from security forces to combat criminality,

“It is in this regard, the SA Army Infantry Formation has been ordered to go on 25-hour standby in anticipation of deploying in support or cooperation with the SAPS,” the report quoted the document.

In a statement, SANDF spokesperson Brigadier General Andries Mahapa said that the leaked document was only meant for internal use for planning and co-ordinating purposes.

He said the SANDF, as a security apparatus, was concerned about insecurity that required an urgent and robust intervention to calm the situation and protect inhabitants.

“The chief of the SANDF would like to reiterate that should the deployment of the SANDF be authorised, according to Section 201(1) of the Constitution, it is mainly for prevention of life, health, property [and] not against people in South Africa,” said Mahapa.

He said that the president had the executive authority to deploy the SANDF but would have to inform Parliament before ordering that deployment.

South Africa has seen a number of violent protests from various communities allegedly hunting for illegal miners whom they claimed were committing crime in their communities.

The protests were sparked by the horrific gang rape of eight young women who were part of a crew shooting a music video in Krugersdorp’s West Village late last month.

The crew was attacked near an illegal mine which led to the arrest of dozens of illegal miners, often referred to as zama zamas.

Following the horrific incident, different law enforcement units in the presence of Police Minister Bheki Cele carried out a search and seize operation at eight premises in Krugersdorp and Randfontein.

At least 46 suspects, including foreign nationals, were arrested and one was fatally wounded.

Shortly after, angry residents from Kagiso took to the streets to hunt the zama zamas whom they claimed were committing crimes in the area with no intervention from the police, reported IOL.

Cele has since announced the deployment of a national intervention unit and tactical response team to tackle illegal mining in the west of Johannesburg. 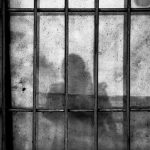 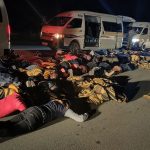 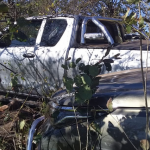 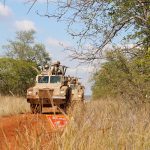