Goma – At least 13 civilians, including four children, were killed in fresh clashes in eastern Democratic Republic of Congo this week, the UN said, amid increased fighting between the army and rebels.

Clashes have intensified in recent months after M23 rebels accused the government of failing to honour a 2009 agreement under which the army was to incorporate its fighters.

The renewed violence has already forced thousands to flee their homes in eastern DRC, and is putting pressure on humanitarian agencies in the region.

The United Nations Office for the Coordination of Humanitarian Affairs (OCHA) said Wednesday that 13 civilians died in fighting between June 19 and June 21 in Rutshuru territory in North Kivu.

Tens of thousands have been forced to flee.

“Several villages in Rutshuru territory have been practically emptied of their inhabitants, some of whom have fled to Uganda,” OCHA said.

People are fleeing to neighbouring Uganda, or to safer zones in eastern DR Congo where “they are currently housed in schools, stadiums and other collective spaces”, it added.

At least 158 000 people have been forced from their homes since March in Rutshuru and Nyiragongo as a result of clashes between the Congolese army and the M23, the UN said.

OCHA said the mounting need for humanitarian assistance was being “hampered by continuing violence”.

A primarily Congolese Tutsi militia that is one of scores of armed groups in eastern DRC, the M23 leapt to global prominence in 2012 when it captured North Kivu’s capital Goma.

It was forced out shortly afterwards in a joint offensive by UN troops and the Congolese army.

But the militia has recently made a comeback, clashing frequently with Congolese troops in violence that has inflamed tensions in Central Africa.

The flare-up has revived decades-old animosities between Kinshasa and Kigali, with the DRC blaming neighbouring Rwanda for the militia’s resurgence.

Rwanda has repeatedly denied backing the rebels, while both countries have accused each other of carrying out cross-border shelling. 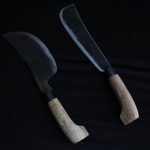 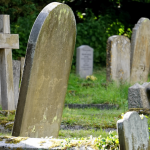