Reports indicated that a suspect allegedly killed himself with his security company service pistol when police closed in on him.

According to National police spokesperson, Lieutenant Colonel Robert Netshiunda, a CIT security guard had just collected money from a store at a mall in Doonside when he was accosted by two suspects who robbed him at gunpoint, reported IOL.

The suspects reportedly fled the scene in a white Ford ranger which was later spotted on Matilika Road.

Police gave chase before the suspect lost control and hit a wall, the report said.

“The suspect was declared dead on the scene and preliminary investigation revealed that he succumbed to a gunshot wound from his firearm which was found lying next to him.

“It is suspected that he committed suicide in order to evade imminent arrest. Investigations further revealed that the suspect was an employee of a security company and the firearm which was found at the scene belonged to that company,” the report quoted Netshiunda as saying.

ET Rapid Response’s Tactical Response teams said they responded to a CIT robbery at about 15:45pm at Doonside Shopping Centre in Doonside, Amanzimtoti.

“A description of the vehicle used was circulated on the Community Crime Prevention Organisation (CCPO) network.

“One of our vehicles located the said vehicle and followed it. While following the vehicle, additional resources were called in,” ET Rapid Response said in a statement.

When the suspect noticed he was being followed, he sped off before crashing his vehicle following the chase through Felekisi.

“A firearm, as well as cash that was taken during the robbery, were recovered in the suspect’s vehicle,” said ET Rapid Response. 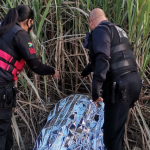 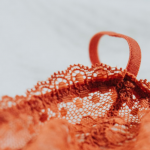 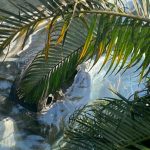 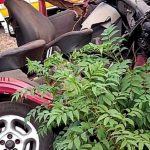 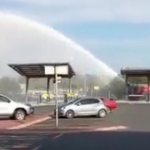