Yaoundé – After a tiring day, Guy Bertrand pulls his taxi into a side street in Cameroon’s capital Yaounde, whips out a plastic sachet of whisky and knocks it back in one go.

“I like a good strong kick,” he says, sitting behind the wheel.

It’s often the most deprived Cameroonians who consume such strong but cheap alcoholic shots, known locally as “sachet whisky” or just sachets.

They are of dubious origin and can be dangerously toxic.

“After a hard day at work, to get drunk quickly we take a shortcut and drink sachets,” admits the 26-year-old taxi driver.

Back in September 2014, a government decree banned the sale of sachet booze and gave producers two years to sell off stocks.

Eight years later, in Yaounde and the economic capital Douala, brightly coloured packs of sachets of Bullet, Fighter, Shoot and Shooter seem to be everywhere.

They hang from sunshades outside small shops and street-sellers stack them up alongside powdered milk and sweets for children.

The government has granted moratorium after moratorium since 2014 suspending the decree.

But the sachets will have to be taken off sale by the end of the year, according to an official at the industry ministry, who asked not to be named.

For Bertrand it’s a simple calculation. The local beer is about five percent strength, the King Arthur sachet brand is 43 percent proof.

“It’s the same as seven beers and six times cheaper,” he says.

With under two months to go before the deadline for the ban to be finally imposed, sachet sales are booming in the cities and the countryside, particularly among the youth and those with little spending power.

The sun beats down around the palm trees.

“It sort of wakes us up,” one of the drinkers says, as the sun beats down around the palm trees.

They drinkers say they recognise the risk, but insist the alcohol helps them get through the day.

Alphonse Ayissi Abena and a colleague, both dressed in fluorescent orange jackets, are at the city centre’s Mboppi market, holding up placards warning “Sachet whisky kills”.

“Since we can’t halt the supply, we are trying to promote awareness,” says Ayissi Abena, who runs the Cameroon Consumers Foundation (FOCACO).

But 23-year-old motorbike taxi driver Ebenezer Massing is having none of it.

“It’s dangerous but it gives you strength. Everyone is going to die, I drink it, I’m going to die.

Under the shade of a shed in Yaounde’s working class district of Ekoumdoum, 20 or so people, young and not so young, gather daily to chat at what they call their “parliament”.

Yet sachets abound and most people are drinking.

“When we go to sleep, everybody is drunk,” laughs Cedric.

Such brews are “very toxic for the body”, warns gastroenterologist Djomo Kopa at Douala general hospital.

“We don’t know the quantity of alcohol in each sachet, nor its strength nor exact make-up because it’s usually adulterated whisky,” she says.

The plastic and alcohol mix can be toxic, he says, but berates above all the legal vacuum created by the succession of moratoriums that has allowed producers to evade all safety checks.

“They don’t have any compliance certificates and use a lot of methanol,” he adds.

Methanol is deliberately added as a cheaper substitute for ethanol in adulterated alcoholic drinks around the world, particularly poor areas, and has been repeatedly condemned by the World Health Organization.

“The attitude of the government which granted these periods of moratorium is sickening,” says the FOCACO president, condemning a “blank cheque to these producers to continue poisoning Cameroonians”.

The authorities did not respond to AFP’s requests for comment. 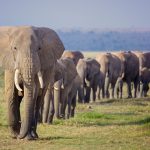 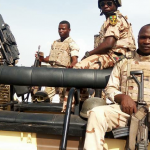 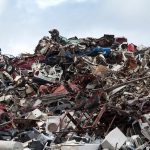 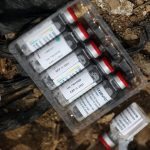