Kano – Boko Haram jihadists have rounded up Nigerian fishermen, abducting some and killing others in Niger’s side of Lake Chad, according to a security source, a local official and fishermen in the region.

Northeast Nigeria is facing a 13-year jihadist insurgency that has killed more than 40 000 people and displaced around two million more since 2009.

The killing of the fishermen this week underscores how deeply embedded that violence has become in neighbouring Niger, Chad and Cameroon, especially in the strategic Lake Chad islands where jihadists have set up hidden bases.

Fighters rounded up dozens of fishermen from Kwatar Kaoulaha island in Diffa region on Sunday through Monday, slaughtering some and taking others hostage for disobeying a directive to leave the area, fishermen told AFP.

“Many fishermen were killed and others taken hostage by Boko Haram fighters loyal to Baakura Buduma for failing to leave the area as ordered,” fisherman Kallah Sani said, referring to a local Boko Haram faction chief.

Sani could not provide a specific toll but said those who escaped told him dozens of fishermen were on the island at the time of the attack.

Sani was among around 300 fishermen who obeyed the one-hour quit notice, leaving behind their catch and other possessions for the jihadists.

“They told us that they would take all our possessions as booty since our government has seized their money,” he told AFP.

Boko Haram had on Friday ordered the fishermen, who were mostly from northwest Nigeria, to vacate the area and leave possessions as booty for the jihadists, said a second fisherman, Anas Ibrahim.

“They (Boko Haram) came in two speedboats and ordered us to leave the island and not to take anything but the clothes we had on us,” Ibrahim told AFP.

“The insurgents returned on Sunday and killed those they found, destroying their fishing boats to prevent them from escaping,” he said.

A Nigerian security source also confirmed the incident and the killings, saying militants had been upset by Niger’s arrest of their food suppliers and a money trafficker.

Niger’s government did not respond to calls seeking confirmation.

But a local Niger official from the area told AFP jihadists had ordered inhabitants to leave the islands and killed those who did not.

“I saw 11 corpses including those of fishermen and among whom there are three Nigerians and the rest are Nigeriens,” the source said.

“They say there were other deaths on the islands.”

The vast, swampy Lake Chad basin stretches across the borders of Nigeria, Niger, Cameroon and Chad, and the jihadists have used its many small islands as shelter.

In 2014, Boko Haram seized islands on Lake Chad after deadly attacks, forcing fishing communities to flee their homes. Boko Haram still controls islands on the Niger side of the lake.

In 2020, the Islamic State West Africa Province group, which split from Boko Haram, seized most areas controlled by Boko Haram and allowed fishermen to return after paying royalties on their catch. 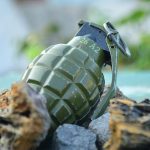