Cape Town – Beaches were closed on Sunday morning after a shark attack claimed the life of a 39-year-old woman believed to be from Cape Town at central beach in Plettenberg Bay.

The National Sea Rescue Institute (NSRI) said in a statement that it received a call for help just before 08:00 and it dispatched its crew.

Police were also present at the scene.

“On arrival on the scene, the body of a believed to be 39-year-old female from Cape Town was recovered from the water and brought to the beach.

“Police have taken the body into their care together with government health forensic pathology services and police have opened an inquest docket,” the NSRI said.

This was the second fatal shark attack in Plettenberg Bay since June.

The Bitou Council in May approved research on a shark barrier at central Beach.

“This study will go a long way to assist in understanding the behaviour of the sharks. At this moment there seems to be more shark activities around our beaches. This is very unusual when compared with previous years.

“Bitou Municipality has also established a shark committee to work with experienced private sector personnel to assist with limiting such incidents,” said NSRI.

‘This is tantamount to death sentence,’ Jacob Zuma lawyers say as he appeals court ruling he must go back to jail 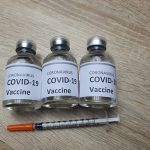 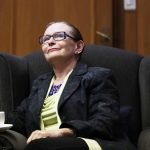