Dakar – After years of struggling with insufficient funds, efforts to build Africa’s Great Green Wall – a massive defence line against desertification – have received a major boost.

The initiative concerning 11 countries on the rim of the world’s biggest desert was first launched to great acclaim in 2005, only to battle a lack of cash.

Donors this year pledged $19 billion for the scheme, half of which has now been committed, while at the recent COP26 climate summit in Glasgow, US billionaire Jeff Bezos indicated that his foundation would stump up $1 billion to help fight land degradation, particularly in Africa.

What is the Great Green Wall?

The idea is to plant diverse trees and shrubs in a corridor about 8 000km (4 900 miles) long and 15km (9 miles) wide across Africa, hugging the southern edge of the Sahara.

The African Union endorsed the initiative in 2007, two years after the leaders of Burkina Faso, Chad, Djibouti, Eritrea, Ethiopia, Mali, Mauritania, Niger, Nigeria, Senegal and Sudan hatched the plan at a summit of the Community of Sahel-Saharan States held in the Burkinabe capital Ouagadougou.

The project is being coordinated by the Pan-African Great Green Wall Agency.

Once completed, it will be the largest living structure on the planet, according to the United Nations Convention to Combat Desertification.

What are its aims?

The Great Green Wall is Africa’s flagship programme for fighting climate change and desertification, and also aims to combat food insecurity and poverty across North Africa, the Sahel and the Horn of Africa.

The region, among the world’s poorest, is also seeing some of the steepest temperature increases on the planet.

What is the situation today?

Since 2005, the Green Wall has recovered 4.6 million hectares of impoverished land across the 11 countries, according to Dia.

The main strategies have been reforestation and measures to prevent soil degradation and over-grazing, he said, noting that the financing came from individual governments – well short of the funds needed for the overall success of the programme – without giving a figure.

In January this year, the Green Wall received a major shot in the arm at the One Planet Summit in Paris, where donors pledged $19 billion for the programme.

“Forty-eight percent of the funds have been committed (to work) on the ground,” French President Emmanuel Macron said at a side event at the climate summit in Glasgow.

But progress has been slow. In a 2020 report, the United Nations Convention to Combat Desertification said there was an “insufficient, unpredictable and insecure funding situation”.

Amazon founder Bezos said work on the wall – which he called a “remarkable innovation” – had to be sped up.

Still, Dia praised the global surge in “visible and tangible activities” tied to the wall, saying the project had been criticised as being “a never-ending saga – but now it has become a reality.” 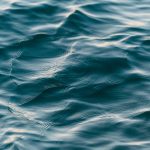