Nairobi – Thirty people were killed when a bus plunged into a river in central Kenya at a notorious accident blackspot, a local official said on Monday.

The accident occurred late on Sunday when the bus was travelling from the town of Meru to the coastal city of Mombasa.

The bus plunged off a bridge about 40 metres (about 130 feet) into the Nithi river valley below.

Pictures published in the local media showed the bus ripped apart after rolling down the steep slope, with reports saying wreckage and bodies were strewn in the water and on the river bank.

Twenty people died on the spot on Sunday, while four died in hospital and another six bodies were recovered on Monday, county commissioner Norbert Komora told reporters.

“The search is still on and we are trying to retrieve the wreckage,” he said.

“Investigations are still going on to establish the cause of the accident that occurred at the Nithi blackspot.”

The number of people killed on Kenya’s roads has increased in recent years.

In the first half of 2022, 1,912 people were killed, up nine percent from 1,754 in the same period last year, according to figures from the National Transport and Safety Authority. 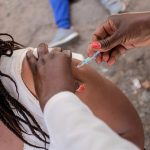 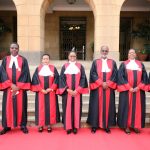