Cape Town – At least 14 people were reportedly killed in a mass shooting at a tavern in Nomzamo section in Soweto.

Reports said that the incident happened in the early hours of Sunday.

Gauteng Police Commissioner, Lieutenant General Elias Mawela confirmed the incident to eNCA and said that 10 other people were injured, with three in critical condition.

Mawele said detectives were on the scene.

“People were enjoying themselves at the tavern and all of a sudden heard gunshots and others thought a shooting was happening outside. It is only when they realised that people were dropping dead when they pretended that they are also dead or injured and fell on the ground as well,” The South African quoted Mawele as saying.

The suspects reportedly fled the scene in a white quantum.

The mass funeral was held at Scenery Park SportsField on Wednesday. 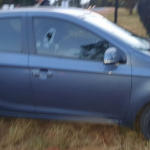