Durban – A mother from Westville in KwaZulu-Natal reflected on when she and her two-year-old daughter managed to escape a hijacking attempt after hijackers shot at them last Tuesday outside her home.

IOL reported that Sonia Singh, 34, had just returned home from picking up her daughter at school. She pulled her car into the garage and heard her driveway gate jam.

“At that point, I looked in my rear-view mirror and noticed that the gate was only closed halfway. I then saw a man standing near the gate in blue overalls. At first I thought it was our gardener. But before I could do anything he was at the front passenger window,” she said.

“I got a fright. He started to bang on the window with a gun. I then saw another man approach my vehicle. He tried to open the back door where my daughter was sitting,” she added.

“At that moment, I felt a sudden rush of energy. I put the vehicle into reverse and just accelerated out of the driveway. Along the way, I hit a third hijacker who was at the driveway gate,” the report quoted Singh as saying.

Singh said the attackers opened fire on her after she swayed her vehicle onto the road. One shot broke the glass at the back of the window and it fell onto her daughter. She later realised that one bullet missed her head by 2cm.

She then sped off with the hijackers following her but eventually changing their direction.

Singh said that she went to a petrol station, as she felt it was the safest place for her to be.

When she reached the petrol station, she was helped by patrons and staff.

She contacted her parents and her husband before reporting the matter to the police.

“I am angry because this happened to my daughter and I when we were in our home – our safe place. I have always been a vigilant person. But to criminals, life is worthless,” she said.

“Sadly, we live in an environment where we have to prepare our children for crime. I am constantly talking to my older daughter about robberies and hijackings. People have said I was brave but I only remember feeling scared. It was a close call,” she added.

According to South African Police Services (SAPS), carjacking crimes statistics from April 2022 to June 2022 indicates that the number of carjackings that occur is three counts higher. 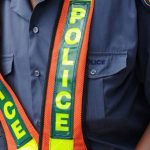 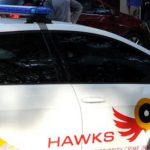 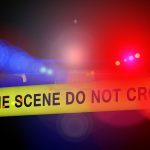