The suspects were allegedly selling the firearms to criminals in Alexandra and Cosmo City.

“Members of South African Police Service crime intelligence in Gauteng and the Honeydew tracing team received a tip-off about people who are dealing in illegal firearms in Alexandra and Cosmo City. An intelligence-driven operation was conducted where the police pounced on the identified houses,” said Masondo.

#sapsGP Police took #GunsOffTheStreets and arrested two suspects who are reported to be selling firearms and ammunition to criminals in Alexandra and Cosmo City. They were found in possession of more than 20 rounds ammunition and 4 unlicensed firearms. NPhttps://t.co/PdIUswyu3e pic.twitter.com/igEldJE6O3

The first search was conducted at a house in Cosmo City, where the police found a firearm with serial numbers filed off and a magazine.

One suspect was arrested and information led to the second house in Alexandra, said Masondo.

“Upon searching the house and the suspect, police recovered unlicensed firearms and ammunition that include a 9mm pistol, a 9mm Uzzi, a .38 Special and more than 20 rounds of ammunition,” said Masondo.

Gauteng Provincial Commissioner, Lieutenant General Elias Mawela, commended the police and thanked community members for providing police with the information that led to the arrests.

“The improved working relationship with our communities and sharing of information is beginning to give us the desired outcome of addressing the proliferation of firearms and violent, crimes,” said Lieutenant General Mawela. 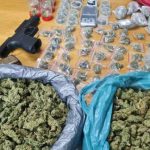 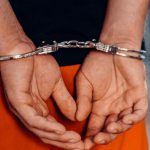 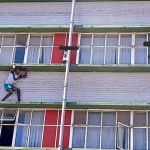 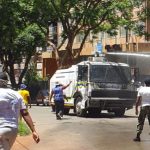 ‘It’s the state of our economy that keeps me awake,’ says Cyril Ramaphosa amid anti-migrant protests