No group has claimed responsibility for the violence, but Nigeria is facing a myriad of security challenges, including a jihadist insurgency in the northeast, kidnappings in central and northwestern states and separatist tensions in the south.

The early morning assault occurred at the mosque in Ughelli, near the oil city of Warri.

He said an investigation was underway to find the suspects.

Local media quoting a community leader and a victim reported that an imam was kidnapped during the attack.

Police rejected the claim, saying “it was the intention to take him (the imam) but they (the gunmen) did not succeed.”

Kidnappings are common in Nigeria and are largely committed for financial gain by criminals known as bandits who have no known ideological motivation.

But in neighbouring southeastern states, scores of recent assaults have been blamed on the outlawed separatists, the Indigenous People of Biafra (IPOB) group and its armed wing, the Eastern Security Network.

IPOB, which seeks a separate state for ethnic Igbo people has repeatedly denied responsibility for the violence.

President Muhammadu Buhari, who came to power in 2015 and was re-elected in 2019, is under pressure to take action on Nigeria’s security problems before he steps down after elections due next February. 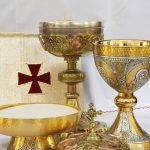