Sub-Saharan Africa has a population of just more than 1 billion people and a current combined GDP of nearly US$1.5 trillion. It has been one of the world’s fastest-growing regions over the last decade and holds enormous potential.

During that period, many countries in the region have made regulatory reforms to improve investment inflows, while the middle class with disposable income continues to expand. Increased economic activity will, however, need to go alongside enhanced intra-regional trade, creating wider markets with enhanced investment flows, strengthening competitiveness and encouraging regional infrastructure development.

At the heart of the region’s trade will be the treaties concluded by countries. These are indicative of how important cross-border deals are, and how nations can produce better business deals with each other based on agreed trade rules.

‘The significance of trade agreements … depends on their ability to expand markets for exports, while tariff reductions and preferences will enhance opportunities for businesses within the region, either as export destinations or as sources for inputs into production,’ according to Paulina Mbala Elago, Executive Secretary of the Southern African Customs Union (SACU).

SACU is the world’s oldest operating customs union – it was established in 1910 between the Union of South Africa and surrounding British High Commission territories, namely Basuto­land (Lesotho), Bechuanaland (Botswana) and Swaziland. South West Africa (Namibia) became a de facto member, since it was later administered as part of South Africa. The 2002 SACU Agreement saw the establishment of institutions such as the Secretariat and Summit of Heads of State, among others.

With about 25 years’ experience in international trade, Elago has in-depth know­ledge and understanding of the dynamics underpinning regional integration, global trade and industrial development, enabling her to provide strategic leadership and oversee the organisation’s programmes.

‘Industrialisation is at the core of our planned work, with a focus on development of cross-border value chains and related infra­struc­ture,’ she says. ‘We are also exploring the feasibility of financing these pro­grammes while developing a stabilisation fund to minimise the impact on revenue fluctuations.’

This is in line with SACU’s goal to serve as an engine for regional integration and development as well as industrial and economic diversification. Moreover, it aims to expand intra-regional trade and invest­ment, and global competitiveness; to build a coherent economic policy to meet the region’s development needs; to pro­­mote sus­tainable economic growth and dev­elopment resulting in job creation and poverty reduction; to develop common policies and strategies for areas such as trade facilitation, effective customs controls and competition; and to develop effective, transparent and democratic institutions and processes.

One of SACU’s main priorities is trade facilitation. In 2015, the SACU Heads of State and Governments endorsed a roadmap by its Council of Ministers to reinvigorate the SACU Work Programme, highlighting its aim of enhancing efficiency at border crossings in the SACU region. It developed a framework for the automated exchange of import and export transactions, including its unique consignment reference, which enables SACU Member States to match import and export data, making it easier to monitor trade transactions.

Elago says that because of the vast differences between SACU Member States, she has to be impartial at all times. ‘It also requires me to act as a facilitator, putting my diplomatic and negotiation skills to the test all the time, especially when co-ordinating the implementation of all decisions made by the SACU Summit, Council and Commission.’

Achieving great results and objectives calls for a leader who has an effective and clear strategy to motivate, create and maintain a high degree of energy and enthusiasm among staff, says Elago. For her, leadership is defined by one’s ability to translate a vision into reality by maximising efforts and empowering others towards achieving a common goal. ‘Leadership is not just about feeling admired but rather leading others forward in ways that optimise their potential,’ she says.

‘My leadership style is underlined, to a large extent, by value-based systems, and places emphasis on empowering others through honesty, humility and integrity. I strive to encourage team work, and with a staff complement of about 50, we are like a big family, where mutual support is of utmost importance.’ She adds that when managing a group, it is important to keep in mind that different people are motivated by different things – such as a conducive and supportive work environment, achieving results, career growth or monetary reward.

Her approach to staff motivation is based on a combination of methods, including open communication with employees and suppor­­ting their ideas. Elago believes this sort of interaction is important because it often leads to discovering new ways of completing tasks more successfully. ‘I encourage staff to take full ownership and be accountable at all levels for their work, while recognising the contribution of employees and giving them more challenging assignments from time to time also motivates them and enables growth by unlocking their full potential through the development of new skills. Ultimately my role is to ensure that, as a team, we remain on track with our mandate to facilitate the attainment of SACU’s vision.’ 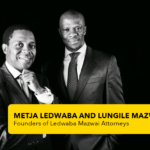 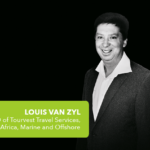 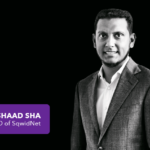 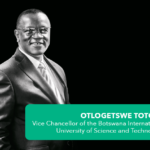 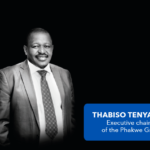 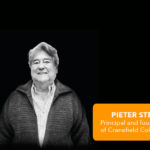 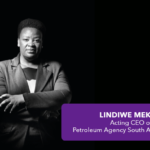