Cairo – Soaring bread prices sparked by Russia’s invasion of Ukraine have bitten into the purchasing power of consumers in Egypt, a leading importer of wheat from the former Soviet states.

For the first time since he took office, President Abdel Fattah al-Sisi on Tuesday ordered a price cap on unsubsidised bread after the cost of the Egyptian staple rose by as much as 50%.

The move is designed to cushion the invasion’s impact on a country where, according to Michael Tanchum of the Middle East Institute, “keeping the price of Egypt’s staple food affordable has been the bedrock of regime stability” for 60 years.

Soaring #bread_prices sparked by Russia’s invasion of #Ukraine have bitten into the purchasing power of consumers in #Egypt, a leading importer of wheat from the former Soviet states. President Abdel Fattah Al-Sisi ordered price cap after the cost of bread rose by as much as 50%. pic.twitter.com/Prqbfzbcdj

A fortnight ago, 1 500 Egyptian pounds ($95) was enough for Shaimaa Mohamed to buy a month’s worth of groceries. Now, the mother of three says it is barely enough for two weeks.

Mohamed warned her children that the family would have to tighten its purse strings after a kilogram of rice went from eight to 12 pounds seemingly overnight.

“I was in the same store 15 days ago, and today for the same price I have only filled half of my shopping cart. What happened?” she said.

The answer lies thousands of kilometres (miles) away in Ukraine, once known as “the bread basket of Europe”.

Russia invaded its neighbour on February 24, causing the price of grain, oil and other essential commodities to climb worldwide.

“In Egypt, prices of wheat and sunflower oil have escalated due to Egypt’s reliance on Russia and Ukraine for 85 percent of its wheat supply and 73% of its sunflower oil,” the UN’s International Fund for Agricultural Development said on Thursday.

Per capita bread consumption in the country is almost 130kg per year, well above the world average, according to official figures.

The North African country’s popular flatbread, which has increased from one pound to 1.25 per loaf, is considered a litmus test for the economy.

Concerns have heightened as Egypt – a country where a third of the 103 million-strong population lives in poverty – gears up for Ramadan, which begins in April.

Consumption usually rises as households stock up for the month, but with inflation at a three-year high of 10 percent in February, the situation is looking bleak in the final weeks before the country’s Muslims start fasting.

Bankers JPMorgan have stirred talk of an anticipated devaluation of the Egyptian pound, which would be the second within six years.

Egypt’s poor and working class shouldered the burden in 2016, when a slate of austerity measures – including a 50% currency devaluation and subsidy cuts – were enforced to secure a three-year, $12-billion bailout loan from the International Monetary Fund.

Food insecurity in Egypt poses “an existential threat to its economy”, according to the Middle East Institute.

In efforts to mitigate the shock of the ongoing crisis, the government announced last week a $1 billion increase to the state’s wheat provision bill.

Of the state’s $5.5 billion budget for food subsidies, 57 percent is dedicated to bread, and 70 percent of Egyptians depend on this.

On Tuesday, Sisi directed the government to set a cap on the price of unsubsidised bread, after private bakeries hiked prices by as much as 50% last week.

Prime Minister Mostafa Madbouli lectured traders last week, calling on them “not to exploit the situation”, while asking Egyptians “to ration their consumption to limit the recourse to world markets” where prices are skyrocketing.

State media says authorities have seized thousands of tonnes of goods, launched legal proceedings against dozens of traders and shut down businesses for allegedly manipulating prices in recent days.

Businesses are not the only reason prices are going up, according to Islam Mohamed, marketing manager at a food import company.

“The cost of transporting and unloading cargo from Europe has gone up 30% because of the price of oil,” he told AFP. “That will be reflected in consumer prices.”

In his affluent neighbourhood on Cairo’s western outskirts, “some people suggested boycotting the bakeries that raised the price of bread”, the 34-year-old told AFP.

Most residents, however, shared a sense of resignation.

“Rising costs have hit everything. What would be the point of a boycott?” 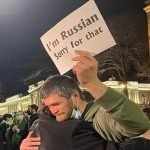 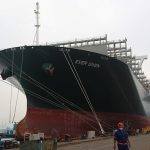 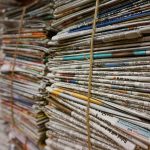 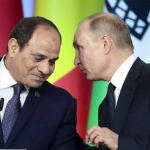