South Africa is surrounded by 2,798km of coastline. Yet, oddly, the country doesn’t have a coherent maritime strategy underpinned by a related national strategy to safeguard its maritime interests.

This omission was underscored again recently by an evolving master plan for South Africa’s oceans. The document is significant as it puts the importance of South Africa’s oceans into sharper focus. But this shouldn’t obscure the fact that government’s commitment to comprehensively harness the ocean to help arrest economic decline has been disappointing.

The document also underscores the absence of a coherent and comprehensive policy. In countries where this has been done well – such as New Zealand and Ghana – policies have been developed that encompass the economic value of a country’s oceans, as well as the vulnerability they present from a security point of view.

A three step process would put South Africa’s maritime security house in order. The first would be to create a well-designed government-led process that includes a high-office body and core stakeholders. This would lead directly into the second step – the mapping of the country’s national maritime interests as well as the threats it faces. The third step would be creation of an integrated national maritime strategy.

The growing trend internationally is for countries to be explicit about their maritime interests and back this with dedicated institutional commitments to promote, develop and defend them if required. It’s time South Africa followed suit.

Some efforts have been made at getting a policy framework in place. The most recent is the Draft Framework on South Africa’s National Interest.

The evolving master plan and Operation Phakisa – launched by the country’s presidency in July 2014 to hasten solutions to “critical development issues” – stress the critical importance of the oceans economy to South Africa’s overall economic interests.

The master plan also outlines good statistics on the potential contribution the oceans economy holds for the country.

But neither of these adds up to an integrated and credible maritime security plan for the country. The overall picture is one of working in silos, seemingly without coordination.

A recent communiqué from the Southern African Development Community Heads of State meeting in the DR Congo noted that maritime security of Southern Africa is not what it should be and that a regional maritime strategy must be implemented.

There are examples South Africa could learn form. There are sound strategies on maritime security emerging among Gulf of Guinea countries, Kenya in the Horn region, and the emphasis by Seychelles on security to harness the economic potential of its maritime territories.

Countries like Ghana, Nigeria, Kenya, Seychelles and Mauritius have made strides.

Beyond Africa, the UK recently launched its national maritime security strategy. For its part, China has turned its attention to the importance of the oceans in pursuit of its national interests. This ambition features alongside the military buildup in the western Indian Ocean with a focus on the Horn region and southern strands to Madagascar, Mauritius, Seychelles and Maldives.

The naval profile unfolds alongside a much larger oceans agenda made up of security, safety, climate change, functional connectivity, and a thriving blue economy.

A first step is to appoint a high-level entity to oversee maritime affairs in South Africa. A Department of Maritime Affairs is an attractive idea. But a powerful steering committee reporting to the presidency is probably a more attainable start.

This practice is growing. New Zealand and Ghana have taken this approach.

Next there needs to be a detailed mapping of interests on existing and new domains. An example is the security of underwater cable infrastructure – locally and regionally.

The maritime domain has essentially become too important to leave within a vague and broad set of statements like South Africa’s recent framework document. Clearly articulated national interests with a maritime underpinning should inform an integrated national maritime security strategy.

In my view this is imperative for three reasons.

First, existing plans and documents are too vague about a credible security foundation for South Africa’s dependence on, and use of, the oceans. This leaves too much room for ambiguity about what must be secured.

Second, the absence of a strategy inherently forfeits the value in planning for shifts in maritime interests as well as the dynamic modern strategic maritime environment.

A third aspect stems from the value of a maritime security strategy to inform collaboration with regional and international partners (other African countries). Having a maritime strategy presents opportunities for maritime diplomacy – whether coercive, cooperative or more persuasive in kind.

South Africa is also very explicit in its foreign policy about commitment to the Southern African Development Community and Africa. The African Union’s AIMS-2050 and Lomé Charter as well as Agenda 2063 alongside the UN Sustainable Development Goals have explicit maritime objectives that call for cooperation. Collectively, these framework documents guide and expect South Africa to be in step with its own strategies.

The question is: what does South Africa bring to the maritime table?

Not a great deal, is the answer. This means it can’t support and cooperate with higher order African maritime architectures. It seemingly remains up to academia, NGOs, individual state departments and agencies to play many of the constructive maritime roles on the international stage.

South Africa comes across as being out of touch with maritime security developments on the continent and beyond. There is no doubt that encouraging work is being done on South Africa’s ocean landscapes. This work unfortunately stems more from collections of actors in national departments, agencies, NGOs, and academia shining the light on the country’s critical maritime interests.

But this hasn’t been translated into a coherent strategy. The ultimate responsibility rests with the higher echelons of government. It is national government that must orchestrate the opportunities, actors and beneficiaries that will give expression to Operation Phakisa’s extensive oceans agenda.

South Africa has had lots of rain and most dams are full, but water crisis threat persists 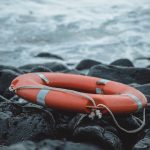 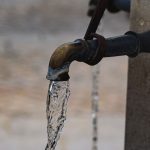