The kwaito star, who was also a member of the iconic kwaito group, TKZee, died on Monday morning following an epileptic seizure.

Fans and industry colleagues paid tribute to the late star on social media, but Tbo Touch has criticised some of the tributes.

This was after he tweeted his personal tribute to the star on his Twitter page, posting a picture of the late star.

“May you rest in peace, mfana,” he captioned the picture.

Speaking on his radio show, the seasoned broadcaster questioned the appropriateness of some of the tributes.

Some of the tributes included videos of the star at a party while some shared pictures of themselves with the late Magesh.

TBo Touch asked if it was appropriate to post a tribute picture of oneself with the person that has died.

“Do we still emotionally allow the moment to first play itself out before we go to social media? I have pictures with Magesh but I feel like maybe [the moment to post them is] not now,” he said.

“I feel like we are so quick to want to show proximity with the deceased. Some of the pictures weren’t even appropriate. I see people posting pictures of themselves with Magesh at a party. We are not even there yet. We are still allowing it to sink in. 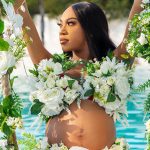 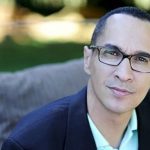