Cape Town – South African head coach Mark Boucher, facing charges which could lead to his dismissal, on Sunday hailed the progress made by his team.

Speaking to the media for the first time since he was presented with a list of charges of “gross misconduct”, Boucher said he was proud of the players.

South Africa completed a double of Test and one-day series wins against India with a four-run win in the third one-day international at Newlands in Cape Town.

Cricket South Africa announced on Thursday that Boucher would face a formal disciplinary hearing into allegations of racism relating to a song about former teammate Paul Adams as well as sidelining assistant coach Enoch Nkwe.

Since the official announcement, South African media have reported that a seven-page charge sheet contains numerous allegations and also includes a statement by CSA that “the nature of your misconduct is gross and of such a serious nature to warrant termination of your employment.”

It has also been reported that Graeme Smith, CSA’s director of cricket, will face charges relating to Boucher’s employment. There has been no official confirmation of charges against Smith, whose contract expires at the end of March.

During his press conference on Sunday, Boucher was asked about the disruptive effect on the team of the charges against him. “I can’t answer that – not now, in any case,” he said.

Instead Boucher focused on the progress made by the team.

“The progression has been great. I think we turned the corner a while ago from a team perspective but obviously we needed the results to back it up.

“We tried a few things in Covid times. We had to get a deeper squad. We gave a lot of opportunities to a lot of players and I think we are starting to reap the rewards now.”

Boucher said he was happy that South Africa had a settled batting order and depth in both pace and spin bowling.

He emphasised that the team was in a good environment.

“If you walk into that change room now the guys are obviously happy that they’ve won the series but their feet are on the ground,” he said. 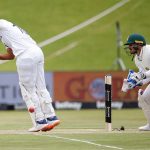 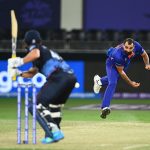 Kohli’s India have ‘moved on’ from South Africa DRS controversy