Rabat – A Moroccan court has ruled that a member of China’s Uyghur Muslim minority, Yidiresi Aishan, can be extradited to China for alleged “terrorist acts”, his lawyer told AFP on Thursday.

“The judiciary confirmed yesterday that my client would be extradited. We don’t yet have the text of the judgement but psychologically it’s very hard for him,” said lawyer Miloud Kandil.

Aishan, a 34-year-old father of three, was arrested on July 19 as he arrived at Casablanca airport from Turkey.

China had issued an international arrest warrant against him over alleged “terrorist acts committed in 2017″, accusing him of belonging to a terrorist organisation”.

The computer engineer, who has rejected the accusations, had been based in Turkey with his family since 2012 and had not returned to China since, his lawyer said.

It was not clear when he would be extradited, and Morocco’s borders are currently closed as part of Covid-19 measures.

Experts say China may have detained as many as a million Uyghurs in “political re-education camps” in Xinjian province.

Aishan was the target of an Interpol red notice, but according to rights group Amnesty International, the organisation “cancelled the red notice issued in Aishan’s case based on new information its secretariat received.”

Amnesty said Beijing’s accusations were motivated by work Aishan had done for Uyghur rights groups, and warned he could face “arbitrary detention and torture if he is forcibly returned to China.”

The decision by the court of cassation to approve his extradition is final and cannot be appealed.

It comes days after a London panel of experts and lawyers concluded that China committed genocide in the Xinjiang region by preventing births in the Uyghur population. 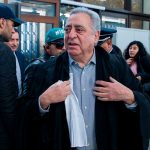 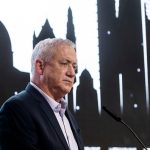