Johannesburg – Liverpool star Sadio Mane scored a penalty eight minutes into added time to give Senegal a dramatic 1-0 win over heart-broken Rwanda on Tuesday in 2023 Africa Cup of Nations qualifying.

Forced to play a home match in Senegal because they do not have an international-standard stadium, Rwanda were on the verge of holding a team ranked 116 places higher in the world.

But Mane rescued the Teranga Lions on 98 minutes, with a hard, low penalty that eluded the outstretched hand of goalkeeper Olivier Kwizera.

Mane has starred in the first two matches for the title-holders, scoring four goals, including a matchday one hat-trick against Benin.

Despite the huge rankings gap, Senegal took no chances against the Rwandan Wasps, who have qualified for the Cup of Nations only once in 13 attempts.

Coach Aliou Cisse chose seven of the team that started the final victory over Egypt in Cameroon four months ago and introduced two more off the bench.

Mozambique, who began their campaign by drawing with Rwanda, could close the gap behind Senegal to two points by winning away to bottom team Benin on Wednesday.

In Group H, Kings Kangwa rifled a free-kick into the net in 88 minutes to give Zambia a vital 2-1 victory over Comoros in Lusaka.

In case you missed it✌
Evans Kangwa with a stunning free kick🔥🇿🇲 pic.twitter.com/AIjmSm2nQJ

That’s a guided missile right there! 💥

Kangwa is a Zambia hero

Constant Zambian pressure paid off in first-half added-time when a corner was partly cleared and Brighton and Hove Albion midfielder Enock Mwepu netted with a low shot through a crowd of players.

Comoros wasted several early second-half chances to get in front again and the misses came back to haunt them as Kangwa snatched a deserved victory.

Zambia needed maximum points after losing away to the Ivory Coast last Friday, the same day Comoros won at home against Lesotho.

This group is the only one among 12 where the winners and runners-up do not qualify for the 24-nation tournament in June and July 2023.

The Ivory Coast qualify automatically as hosts but are competing to gain competitive match practice rather than relying on friendly games.

This means only one team from Zambia, the Comoros and Lesotho will also go to the finals, and the Zambians are desperate to avoid failing to qualify for four straight Cup of Nations.

Burkina Faso, fourth at the Cup of Nations in Cameroon four months ago, has quickly taken control of Group B with maximum points from two matches while Cape Verde has three and Eswatini and Togo one each.

Dango Ouattara took his two-match tally to three goals with a brace as the Burkinabe stormed back after falling behind to beat Eswatini 3-1 in a virtually empty 95 000-seat Johannesburg stadium.

Eswatini had to play in neighbouring South Africa because they do not have an international-standard stadium an issue that also affected Cape Verde and Rwanda. 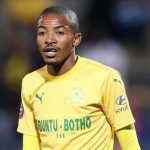 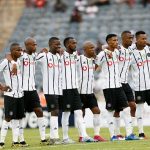