Bamako – Mali’s finance ministry said on Tuesday it had been informed by the World Bank that a suspension on financial operations, imposed after a coup last year, has been lifted.

“The Bank’s vice president for Western and Central Africa, Ousmane Diagana, has sent the Economy and Finance Ministry a letter dated July 18, 2022, announcing the lifting of the suspension of disbursements relative to projects and programmes financed by the World Bank in Mali,” the ministry said in a statement on the government’s Facebook page.

It added that unblocking of payments would allow for a quick resumption of the projects.

The international development lender halted financing in May last year after Malian strongman Colonel Assimi Goita deposed the leaders of a transitional government, themselves installed after a coup in August 2020 which toppled Mali’s elected president, Ibrahim Boubacar Keita.

Earlier this month West African states lifted a six-month trade embargo imposed over the coup after the coup leaders published a new electoral law and calendar that foresees presidential elections in February 2024. 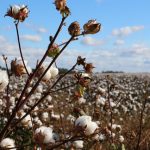