Maseru – Lesotho’s ruling party withdrew from its own government on Wednesday, in a dramatic move aimed at forcing Prime Minister Moeketsi Majoro to step down.

The All Basotho Convention (ABC) last month elected Nkaku Kabi as its new leader, and Kabi’s backers want him to become prime minister.

The speaker of the national assembly, Sephiri Motanyane, read a letter from the ABC’s caucus secretary announcing its withdrawal as the leading party in the coalition government.

“At its sitting of 2 March, 2022, the ABC caucus reached a decision to withdraw from the coalition government and the coalition agreement with the Democratic Congress,” read the statement.

10th parliament of Lesotho will be the most chaotic in the history of this Country. pic.twitter.com/rNN5gqSWeK

But ABC’s members of parliament remained seated when Motanyane called on them to cross the floor.

Instead, many MPs rose to sing in protest, forcing the speaker to adjourn the session.

Kabi was elected by the party to replace its founder, former prime minister Tom Thabane, who resigned amid allegations that he conspired to murder his wife in 2017.

LESOTHO: Interesting developments in parliament. The speaker of the house #S_Motanyane temporarily suspends Parliament, citing an urgent/crucial announcement he received and orders all party leaders to assemble in chambers. @Sophie_Mokoena @SABCNews pic.twitter.com/NmCe8BSkTD

Majoro, the party’s deputy, has rebuffed calls to step down.

The prime minister needs support of a simple majority of the 120 MPs in order to stay in power.

But after Wednesday’s session, it was unclear how many ABC lawmakers now supported it.

One of the MPs, Motlohi Maliehe, stood up and announced that he did not support the withdrawal.

The other party in the coalition, the Democratic Congress, says it still supports Majoro.

No premier has served out a full five-year term over the past decade in the kingdom of 2.2 million people.

Lesotho is one of the poorest countries in southern Africa, but politicians are constantly fighting for control of the tiny country, which is completely surrounded by South Africa. 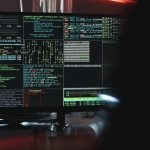