Cape Town – A schoolboy, who was allegedly kidnapped on his way to school in Durban, has been rescued.

They will appear at the Ntuzuma magistrates court on Monday.

It is alleged that the suspects had been paid R90 000 for the safe return of the boy but did not return the child.

According to Hawks spokesperson, Captain Simphiwe Mhlongo the pair, aged 28 and 29 were arrested on May 19 after allegedly kidnapping the child on Monday.

“It is alleged a 13-year-old victim was forcefully taken by unknown suspects while on his way to school. The suspects also took the driver of the vehicle picking up the victim and put him in the boot. The driver was later released at Emachobeni, Inanda.

“A case of kidnapping was reported at Inanda police station and Hawks members were alerted. A joint operation was conducted and the search ensued,” said Mhlongo

He said the two suspects were arrested at Lindelani near Ntuzuma.

Their arrest led to the rescue of the victim in an informal settlement at Ntuzuma.

“The R90 000 was recovered and the vehicle used in the commission of the crime was seized,” said Mhlongo. 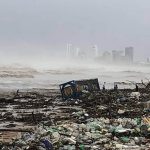