As the All Blacks prepared to fly to South Africa for the Rugby Championship opener, halfback pair Beauden Barrett and Aaron Smith opened up on the “hurt” inside the camp during a difficult couple of weeks which have seen coach Ian Foster fighting for his job.

Despite pundits calling for him to resign, Foster held on to his job for the Rugby Championship, which starts next week, but his assistants John Plumtree and Brad Mooar were sacked.

Experienced halfbacks Barrett and Smith, who each have over 100 Test caps, faced the media in New Zealand before the All Blacks departed to South Africa.

“It hurt us a lot seeing our coach, our leader and us as players, what we went through, we’re all in it together,” Barrett was quoted by the New Zealand Herald. “With Brad and Plum having to move on as well, it all hurts.

“All we can do now is come together really strongly, tightly, embrace this trip we’re about to get into. I know our game will improve and I know we’re going to work hard to make sure that it does.”

Smith gave further insight into how the All Blacks camp felt about the coach and captain coming under fire for the recent performances.

“I’ve got a lot of love for Fozzie,” Smith told Stuff.co.nz. “You always feel for the men in the room. You know they care, and to see a lot of the bad stuff around him and Sam Cane, it’s hurtful and it’s actually gone… it’s ridiculous how ruthless it’s actually been.”

Barrett, who also admitted that he had been “hiding under a rock for a good week or so” amid the criticism, added that now was the time for the All Blacks to pull together and not overreact on the series against Ireland.

“We’ve got to remember it was just a three-game series and we can’t search for too much,” Barrett added. “The answers will be in the circle and in the room and within this team. It’s not about adding more layers of complex, it’s about keeping it simple and finding solutions. We’re excited about that challenge.

“Our backs may be against the wall, but we always have pressure on our shoulders and I think the external pressures have never exceeded the internal pressures – so I don’t think that’s any different.” 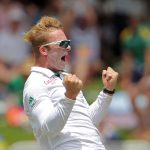 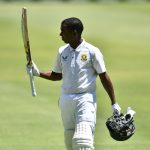 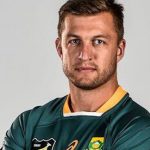