Julius Malema, the leader of the Economic Freedom Fighters (EFF) has demanded a faster coronavirus vaccination rollout in South Africa. He made the demands during a rally attended by thousands of party supporters in Pretoria.

With less than 4% of South Africa’s 59 million population inoculated, protesters are calling on regulators to approve more vaccines and speed up the pace of inoculations to get people back to work and kickstart the economy.

“Our agenda is simple, give our people vaccines, we want to open our economy,” Julius Malema, leader of the leftist Economic Freedom Fighters, told more than 2 500 supporters in Pretoria.

South Africa is the continent’s worst-hit country, with more than 1.8 million cases and over 59 000 deaths. Most of those who have so far received jabs have been the elderly and healthcare workers.

Failure for SAHPRA to accede to our demands within the next 7-days will leave the EFF with no option but to intensify the struggle and protests to people within SAHPRA that are frustrating the authorization of all vaccines for our people. pic.twitter.com/V4iIojySnj

In a gathering criticised as a possible super-spreading event, EFF supporters clad in red party regalia marched to the offices of the health products regulator to demand the approval of more vaccines.

South Africa has so far administered only Johnson & Johnson and Pfizer shots to health workers, teachers and people aged over 60.

The EFF is also pushing for the use of Chinese and Russian vaccines, warning it would stage a sit-in at the home of the regulator’s chaieperson if it did not approve the emergency use of the jabs within seven days.

The regulator has announced that it has received applications for the two vaccines and was assessing their efficacy.

Earlier Health ministry’s deputy director-general Nicholas Crisp said there were enough jabs in the country, after the destruction of two million J&J shots due to contamination fears.

“For now we are not in a vaccine constrained environment anymore,” Crisp told media briefing.

Acting Health Minister Mmamoloko Kubayi-Ngubane said Pfizer had so far delivered nearly 4.5 million doses and was due to ship in another 15.5 million in the third quarter.

“With this flow of vaccines, we will be able to press ahead with the vaccination of frontline workers sector by sector,” said the minister

With the country in the thick of a third wave of the pandemic, registering more than 18 700 new infections on Friday, government announced it was expanding the vaccine rollout programme.

Starting next month, immunisation will be open to people aged 50 years and cover other frontline workers such as in transport, police and prisons services. 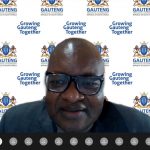 Shutting down economy ‘not an option’, says Makhura, as Covid-19 cases surge