Cape Town – When he was a young boy, attending school at Kyle College in Masvingo, Zimbabwe, the now General Manager of Digital Subscriptions at Media24, TinaShe Makwande, never dreamt he could end up working for one of the biggest media houses in South Africa, and indeed on the African continent.

AfricanInsider caught up with him and he made remarkable revelations about his life and work.

The 34-year-old grew up in the small town of Zvishavane, where his parents, who believed in working hard to succeed, encouraged him, his now late brother Tami, and sister Sarah, to always aim higher in life.

“I grew up in a household where my parents were ambitious and therefore, always encouraged us to achieve and strive for more, to work diligently and with integrity.

“My parents wanted us to learn to be independent and that contributed a lot to who I am today,” said Makwande.

Growing up, he said, he always wanted to keep himself informed about what was happening in the country, and therefore, he used to read newspapers, right from the tender age of 7.

“The school that I attended was a boarding school. So whenever I went home to Zvishavane on Fridays, my dad always had a Sandawana newspaper in his car. I would read it from the front to the back so I could keep abreast with the news. I also used to read a lot of other newspapers like The Independent, Financial Gazette, The Herald and The Chronicle,” he said.

So that was where Makwande’s interest in news and content started. It was further enhanced, when at school “we, as students, were encouraged to live within our talents. The good thing was that we were given that space to do just that when I and my peers saw the need to have a school newspaper that we would use to share news about the school”.

That somewhat exposed him to the world of producing news and selling it to the people.

“It was an exciting and interesting project where at first, we distributed the newspaper freely around the school and I must say that it allowed us somehow, to understand the business of media. It opened up our eyes and it made us go into places where we knew we could learn more. I remember reading through the Masvingo Mirror newspaper one day and saw an advert. Immediately I thought of approaching the advertiser so that we could place his ads. And yes, I managed to convince them and we got a short deal that covered some of our printing costs,” said Makwande.

Sabi Star was the name of the school newspaper that Makwande and his colleagues ended up selling, and turned it into “a real news venture”.  Sabi, was actually a beautiful succulent red flower that was shaped like a star and it was part of his school’s emblem. It was also one of the plants that adorned the school.

“Obviously at that time, we just wanted to write but, with a view of also learning how to turn all that into business. My passion for business definitely came from my parents who were entrepreneurs. My mother owned a textile shop where she produced uniforms, tailor-made clothes, and so on. My father owned a private college,” he said.

“In my first year, I got my first job as a newsreader at the university radio station, 104.5FM.  During that time, it was called UCT Radio and I was there for quite a while before I had my own talk show called “The Agenda” where I brought in guests to discuss university politics. It was a show that saw various leaders coming in as well.

“I ended up doubling up as an advertising and sales manager, making sure the station was funded even more. I was able to up our advertising revenue at that time, and did very well for a community radio station,” said Makwande.

In his mind during that time, he thought he was going to end up producing for television, as that was the business he understood very well.

“A lot was happening in the television industry at that time. It was always about access to information and television was the most exciting. African movies were also doing well. It was an interesting time for media and entertainment. I didn’t really imagine myself doing something else different,” said Makwande.

But things were to take a turning point when after attaining his degree and having worked on various projects with a number of media houses, he finally got a job at Media24 in 2016.

“Someone at Media24 got in touch with me and they asked if I was interested in a position that had arisen within the company. I ended up getting hired as a publisher. I understood that I was now working for the biggest media company in South Africa and African continent. So it was time to move into this space,” he said.

As a publisher, Makwande did quite a lot of work, that included supporting the work of journalists.

“All that I had done in past – from selling newspapers at school to documentary film and production – started to materialise and mature. Monetising content, growing audiences, implementing new business models, negotiating with commercial partners and government were part of my job. We earned a lot of international and local recognition, and won a number of awards,” he said.

Makwande revealed that during that time, he suffered from imposter syndrome and “it was very big”.

“I had experienced it before but it was now at a greater level  – always wondering whether what I was doing was right. It was real. But I told myself that I had to effect internal changes in order for me to be successful externally. A lot of introspection allowed me to go into that. I also had very good managers, who were instrumental in helping me deal with these challenges.

“I had to be confident and told myself that I knew what I was doing and talking about. I had to understand that I was here because I deserved to be here. So for the last 4/6 years, I’ve done a lot of self-introspection, and with the help of a career coach, I’ve managed to navigate these things”.

As publisher of News24, South Africa’s largest online news publication, Makwande travelled to various countries, including the UK and the US, where he managed to have a feel of how some of the big media houses operated. He went into some of the well-established news organisations, such as The Guardian, Financial Times and so on – just to see how they diversified their business models and grew subscribers.

“I visited some of the very big news establishments just to see how they were running things. From there, we, at Media24, started building our own business model and I had to put into practice what I had also learnt with my MBA. We launched our English digital subscriptions business model in August last year and managed to reach 40 000 subscribers during that first year. I was extremely proud of this achievement because it’s extremely difficult to get readers to subscribe to read content online. The traction in Africa is not very high.

“So it was soon after the company launched this business model, that I was appointed the General Manager of Digital Subscriptions,” he said.

So what does this entail?

“It’s about diversifying business models for revenue growth and sustainability. Most media companies have tapped into the Business to Business (B2B) model where various ad formats and placements can be sold. In the case of subscriptions, you are tapping into reader revenue so that you have both B2B and Business to Consumer (B2C) revenue. In our case, we adopted a freemium model, which means that all our valuable readers can read our great content for free on our digital platforms whilst at the same time, subscribers get access to additional subscriber-only content such as our hard-hitting investigations,” said Makwande.

And is the B2C model something that can work effectively in Africa where it has proved difficult over the years for many to move away from the old way of accessing news?

“News is a basic commodity. It’s something that we need and it must be paid for. It always has to be understood that someone is applying their knowledge and skills to bring that news. And, therefore, there has to be some compensation for that. So yes, it will definitely work in Africa,” he said. 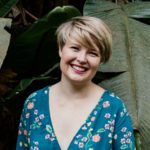 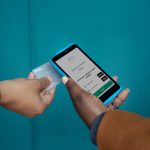