Algiers – Spain’s foreign minister Jose Manuel Albares said on Thursday that he had received assurances over gas supplies from Algeria, amid fears a crucial pipeline via Morocco could be shut.

Algeria “has always been a trustworthy partner that has honoured its engagements and I was reassured today that energy supplies would continue,” he said at a press conference after meeting senior officials in Algiers.

“Algeria has always been a first class energy partner for Spain.”

The Spanish diplomat was visiting Algiers a month before a 25-year deal to pump Algerian gas to Spain via Morocco is set to expire, with the two North African countries mired in their worst crisis in years.

But the GME contract ends at the end of October, just over two months after Algiers severed diplomatic ties with Rabat over “hostile actions”. Morocco has dismissed the claims.

Experts say the Medgaz pipeline does not have enough capacity to make up the shortfall.

Maghreb geopolitics expert Geoff Porter told AFP that “a deal to continue the GME agreement before October 31 is very unlikely”.

“In light of the lack of diplomatic channels between Rabat and Algiers, it’s difficult to see any pathway for negotiations,” he said.

The latest crisis follows months of tensions, partly over Morocco’s normalisation of ties with Israel in exchange for Washington recognising Rabat’s sovereignty over Western Sahara.

Algiers, which has hosted the Polisario independence movement and supported the Palestinian cause, in August accused its neighbour of complicity in deadly forest fires, backing separatists in the Kabylie region and using Pegasus spyware against Algerian officials. 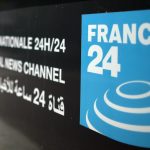 Key dates in the life of Algeria’s Abdelaziz Bouteflika