Johannesburg – South Africa said on Thursday it had struck a deal to clear tonnes of oranges stuck at European ports amid a trade dispute with the European Union that growers say has cost them millions of dollars.

The temporary agreement will bring some relief to South Africa’s almost $2-billion citrus industry, but a trade group warned it would not resolve the underlying threat to their business.

The rules, which aim at tackling the spread of a pest called the false codling moth, require South African farmers to apply extreme cold treatment to all Europe-bound oranges.

But when the regulations came into force in July, ships carrying more than 1,000 containers of fruit were already at sea, forcing them to be held up on arrival, said the CGA.

The cargo either had not had the cold treatment, or did not have the right documentation if it had been treated.

On Thursday, Pretoria said it had issued new documents for shipments that already met the new EU criteria, allowing for more than 300 containers to clear border controls, with more expected to follow.

South Africa’s agriculture ministry said that under the interim pact with the EU, shipments that do not comply with the new measures can undergo cold treatment upon arrival, something the CGA said was not particularly helpful.

“Growers will more than likely also receive half their expected returns on any fruit that is released, due to the fact that most containers have been standing for a few weeks,” said Joubert.

South African farmers say the new EU rules are unnecessary as their country already has its own, more targeted, way of preventing infestation. 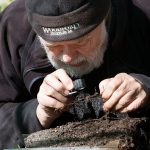 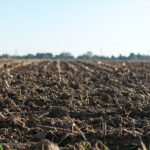